Jutland: the biggest naval battle of the war

Jutland: the biggest naval battle of the war

Unlike the land battles, which could involve millions of men and go on for months, sea battles happened relatively quickly.

Before the outbreak of war, the Kaiser had made no secret of his desire to supplant Britannia as ruler of the waves and had invested a great deal in building up the German navy. See

As an island country, Britain had historically always given great importance to its naval strength and valued its maritime supremacy.

To understand the Battle of Jutland, you need to know about the

The blockade was pretty effective and so by May 1916 German naval command decided to try to inflict a serious blow on the British. See this account of the battle:


Both sides claimed victory. The British lost more ships and twice as many sailors but succeeded in containing the German fleet. However, the British press criticised the Grand Fleet's failure to force a decisive outcome while Scheer's plan of destroying a substantial portion of the British fleet also failed. Finally, the British strategy to prevent Germany access to both Great Britain and the Atlantic did succeed which was the British long term goal.[5] The Germans' "fleet in being" continued to pose a threat, requiring the British to keep their battleships concentrated in the North Sea, but the battle confirmed the German policy of avoiding all fleet-to-fleet contact. At the end of the year, after further unsuccessful attempts to reduce the Royal Navy's numerical advantage, the German Navy accepted that their surface ships had been successfully contained, subsequently turning its efforts and resources to unrestricted submarine warfare and the destruction of Allied and neutral shipping which by April 1917 triggered the United States of America's declaration of war on Germany.

Both sides claimed victory. The British suffered great loss of life, but for the rest of the war they were able to maintain the blockade and were not again seriously challenged by the German navy. 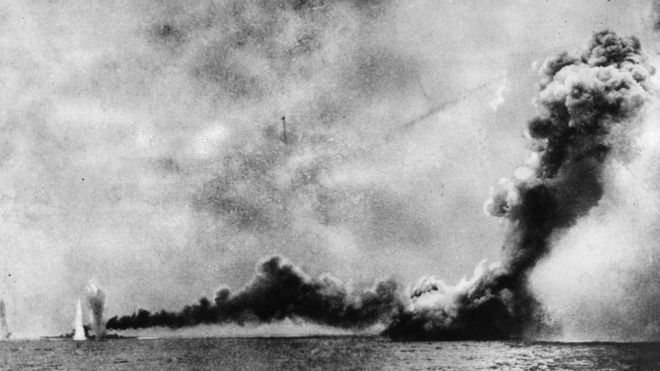 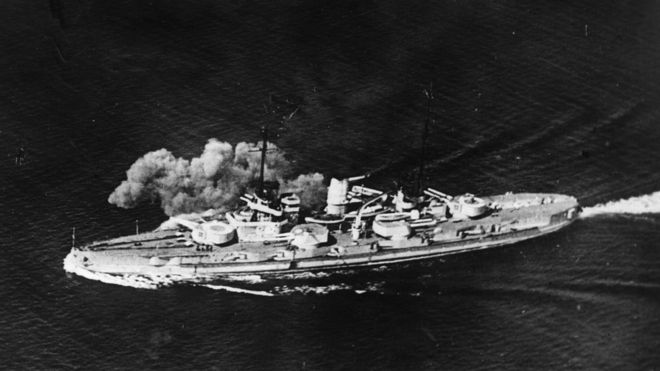 Yesterday there were ceremonies to commemorate the battle.


A service at St Magnus Cathedral in Orkney paid tribute to the 8,648 sailors who died during the Battle of Jutland.

A service of remembrance is also taking place on board HMS Duncan at Jutland Bank, the site of the battle.

Events continued with a service at Lyness Cemetery on the island of Hoy - the final resting place for more than 450 service personnel who died in the war, including sailors killed at Jutland...

...Representatives of all the other nations connected to the battle - Australia, Canada, Ireland, Japan, Malta, New Zealand and South Africa - were at the cathedral...

...In the North Sea, The German ship FGS Schleswig-Holstein will join HMS Duncan at Jutland Bank...

...Many relatives of those who took part in the battle were in Orkney for the commemorations.

Alexander Nicol's grandfather, John, drowned when HMS Invincible exploded and went down with the loss of more than 1,000 men.

He left a wife and eight children.

...It was a bleak, windy afternoon but you could still see the Royal Navy's HMS Kent and the German Navy's Schleswig-Holstein in the water through the fog.

The Princess Royal and David Cameron were among the six dignitaries who laid wreaths at the Cross of Sacrifice to represent the British and German lives lost.

The granite cross was built 10 years after Jutland to pay tribute to the Royal Navy's work. Inscribed on it are the words "Their name liveth for evermore".

The graves of those buried at Lyness overlook the waters where many of the sailors served.

Many of the bodies recovered from the battle were never identified and their graves bear the inscription "Known Unto God".

There are graves here from both British and German sailors - "former enemies now united and at peace", said Vice Admiral Sir Tim Laurence of the Commonwealth War Graves Commission. 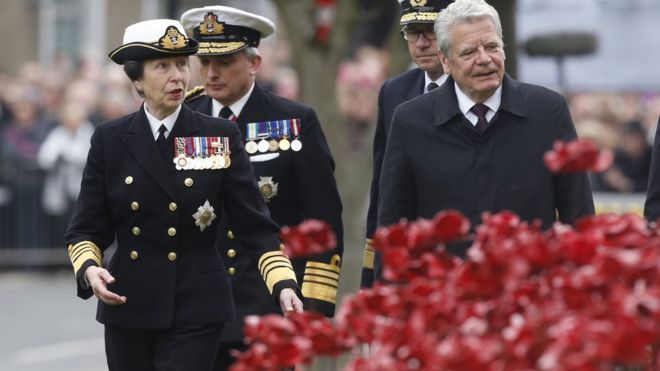 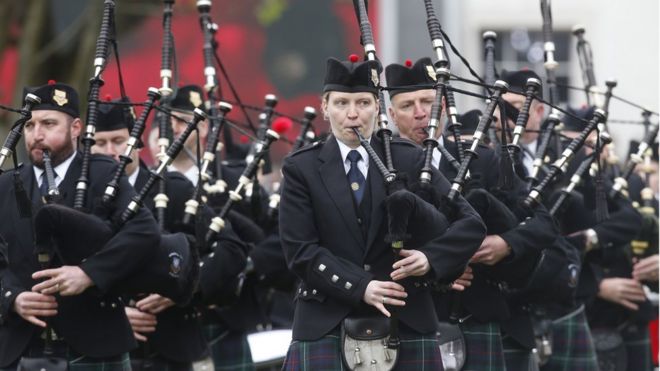 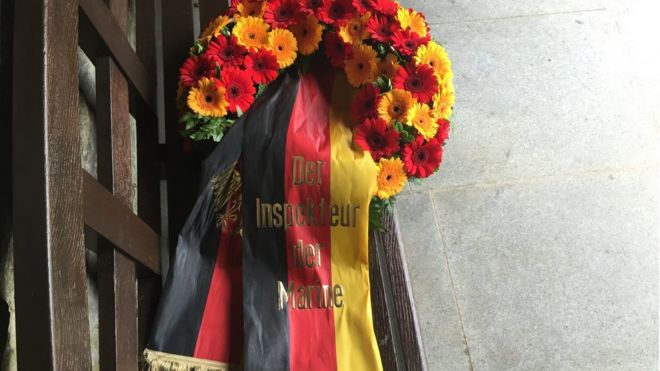 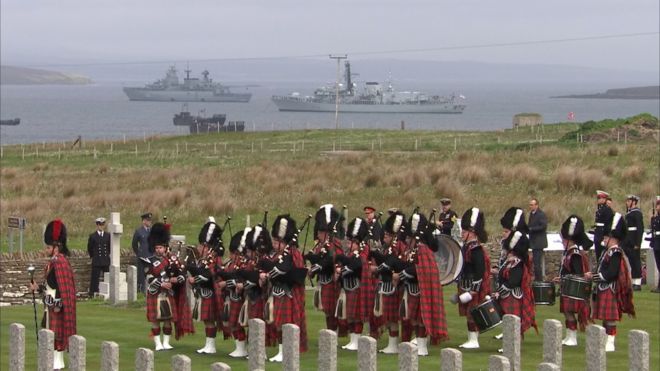